The British Friends of Vanuatu

The BRITISH FRIENDS OF VANUATU was formed in 1986 with the objective of helping to bridge the gap between the United Kingdom and the newly independent Republic of Vanuatu. The idea grew out of the need felt by expatriates of many nationalities, all of whom enjoyed the experience of living, working or simply visiting the islands of Vanuatu and its people. Richard Dorman CBE played the leading role in the association since it was founded in 1986 until he retired as chairman in 1999. In November 1999 Richard was awarded the Republic of Vanuatu National Award of Merit by the then Prime Minister, the Hon Donald Kalpokas, at a ceremony in London, generously hosted by the Foreign & Commonwealth Office.

In September 1999 Norman Shackley took over the chairmanship of the association, and held it for 12 years, during which time the association’s influence and charitable work increased, and BFoV profile was raised high. Like Richard, Norman served in Vanuatu in the period shortly after independence in the early 1980s when Richard was the British High Commissioner based in Port Vila. On loan from the British department of Customs & Excise, Norman served with the Vanuatu Department of Customs & Taxes in both Santo and Vila from 1982-1989. He represented the British Friends of Vanuatu as a Council Member and Committee member of the Pacific Islands Society of the United Kingdom and Ireland (PISUKI)from 1999 until 2014.

At the AGM of BFoV in April 2011, Gordon Dickinson CBE JP was elected chairman of BFoV and of the Trustees of BFoV-CT. Gordon was until he retired in 2005 a senior member of the UK Government Legal Service. From February 1985 until June 1988, Gordon was Public Prosecutor in Vanuatu. He is married to Patricia, and has three children and four grandchildren. 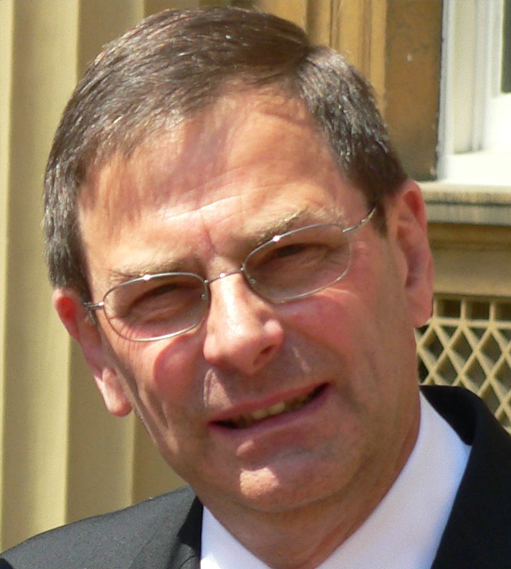 The Role of the British Friends of Vanuatu

The association is active in a number of development areas, but particularly so in education, funding the secondary scholarship fees, in appropriate cases, of young people who would otherwise receive no higher education . It has established relations with various like-minded bodies at home and abroad and, from time to time, co-hosts events and development projects with them. The association publishes a respected and widely-read newsletter, NABANGA, which provides reports on changing political and social events in Vanuatu. While the newsletter was produced by Richard Dorman in the period 1986-2004 it was recognised by many academics and other students of the Pacific as one of the most reliable historic records of the Vanuatu post-independent period in existence. This web site provides, for members only, electronic access to all archive copies of the newsletter published since 1986.

The association maintains links with Britain’s Foreign and Commonwealth Office and the Department of International Development in matters of common concern. Strong links are also maintained, and co-operation developed, with other organisations, like VSO, Lattitude, Church based organisations, PISUKI and other charities working in Vanuatu, and joint projects are explored. Officials of the association frequently answer inquiries from the media and the public.

A major annual event in the associations calendar is the Annual General Meeting and Dinner weekend which, for more than 30 years, has been held at different venues around the UK and Europe. This event combines the annual general meeting with an ideal occasion for a get-together of old friends (including Vanuatu visitors) and a chance to meet new ones. The event is normally held in late March or early April.

The association is an independent, non-profit making organisation depending almost entirely on subscriptions from members. The membership fees are kept low so as to meet all pockets. Members additionally fully fund their own attendances at AGM and social gatherings, and no expense for this falls on the association. The main expenditure is for the printing and distribution of the highly regarded and informative quarterly Newsletter.

In December 2005 the British Friends of Vanuatu established a Charity in the name of The British Friends of Vanuatu Charitable Trust. The BFOV-CT is now the charitable arm of the association and deals with all our activities relating to education and the reduction of poverty in Vanuatu. Following discussions with the UK taxation authorities, Gift Aid status was awarded to BFoV-CT, which enhances the value of subscriptions paid to BFoV-CT by UK taxpayers.

BFoV and BFoV-CT maintain bank accounts and trust accounts in both the UK and in Port Vila.

Many members of the association have worked in Vanuatu and elsewhere in the Pacific. They include former diplomats, expatriates employed by the British or Vanuatu governments, VSO volunteers and Lattitude students, as well as church and business people. There are also ni-Vanuatu islanders who have made their homes in the United Kingdom. In addition, corporate membership has been extended to various government and business organisations, universities and other bodies concerned with the region.

The membership is currently around 400, including a large number of overseas nationals and corporate members, with many members in Australia and New Zealand, Vanuatu, the USA and Canada, Japan, China and many European countries but particularly in France. The association enjoyed close, working links with 'Les Amis Français de Vanuatu' over many years until that association disbanded in 2013.

The common link among members is the deep impression that living or working in Vanuatu, or simply visiting there - or even just having friends or relatives who have done so - has left on the members. The nature of the country, the warmth and friendship of its peoples, and its struggle to become established in a difficult world, lead to the wish to support and help its young citizens and evolving education system.